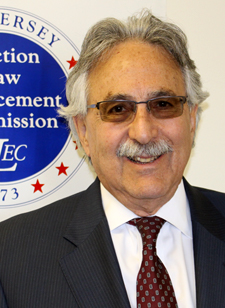 Holden is Deputy General Counsel of the Delaware River Port Authority. He retired as a Superior Court judge upon reaching mandatory retirement age of 70 in 2013 though he later performed temporary service as a recall judge.

Between 1987 and 2003, during a period when he was a solo practitioner, he served as Counsel to the state Senate as well as Senate Parliamentarian.

Holden earned his law degree at Rutgers University Night School of Law. He obtained Ph.D and M.S.S. degrees at Bryn Mawr College, and a B.S. degree with honors at Temple University.

He sits on the Audit, Ethics and Compliance committee of the Board of Directors of Cooper Health System. He also sits on the board of Bryn Mawr College Graduate School of Social Work and Social Research.

Holden is married with two daughters- one a public- school arts teacher, the other a nurse.